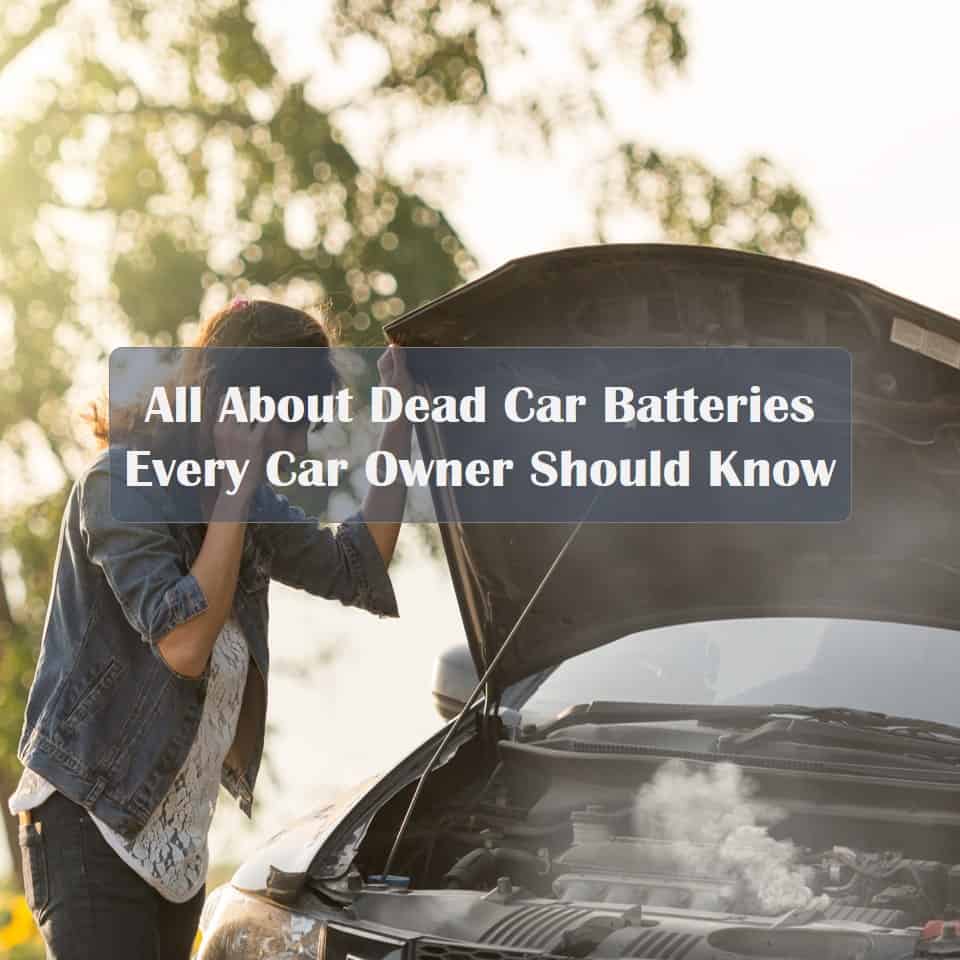 The moment before the battery dies, it’s alive.” Indeed, it is challenging to contradict such ethics. But it is still possible to detect some Symptoms of a Dead Car Battery that will allow us to at least prepare to handle the unpleasant situation that will not be missed to generate, except to accurately predict the time of death.

Your car needs electricity for many functions, such as headlights, taillights, sound system, starter, power windows, interior lights, windshield wipers, etc. The car battery is the sole power source for all these applications.

Ideally, the battery should work appropriately for five full years because that its average life. But it is almost impossible to maintain the ideal conditions because many aspects determine the life of the battery.

The Battery Is Not Responsible For All Misfortunes! 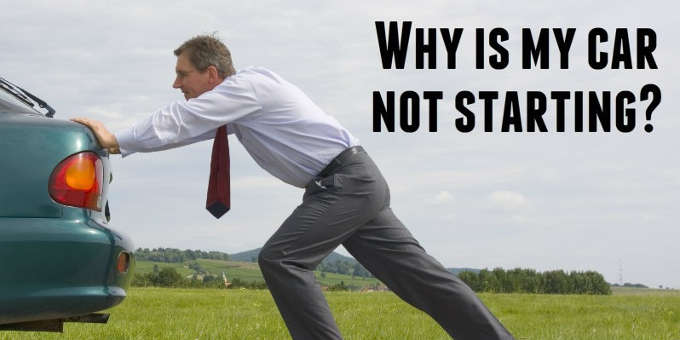 This morning, your car is struggling to start. It is tempting to incriminate the battery from the outset to “pass our nerves” in front of this annoying situation. But it’s very close collaborators, the starter and the alternator can also be at the root of your problems.

It may be difficult to determine which of these three elements are involved. This is the reason why you have to be very methodical when trying to make a diagnosis. Otherwise, we go around in circles, and we risk replacing elements that were still in good working order.

In this article, we will focus on the battery, but it seemed important to us to remember the possible involvement of the starter and the alternator. In another article, I have explained everything you need to know about how to test an alternator. 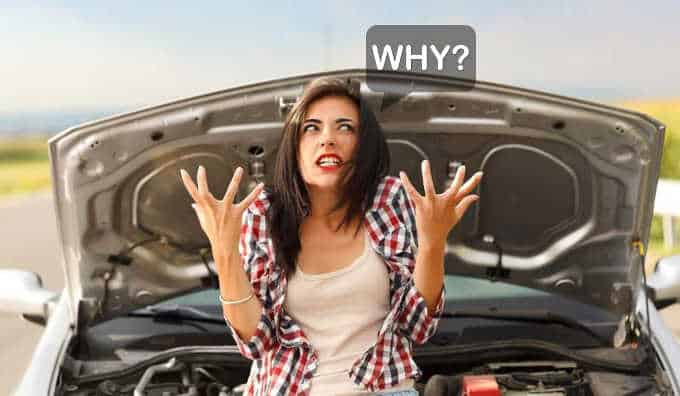 Why Does A Battery Discharge Abnormally?

Today it is the most asked question online and offline. There are several causes of the inadvertent discharge of a battery. For example, It may be a leakage current. Before going further, we need to make a significant clarification here. The problem is entirely different depending on whether it is an ordinary car or an ultra-modern car.

Indeed, it is easy to see that the intensity will be different if the car is equipped with a clock, a central control, an alarm, an immobilizer, etc. In the first case, the current should be less than 100mA, in the second, it is rather 30 mA. It’s a huge difference.

Considering a vehicle with multiple accessories and a current greater than 100 mA, the cause of this anomaly must be sought from each of the above-mentioned electronic components. The principle is to disconnect them methodically one after the other to find the culprit. This is often the trunk light, the storage of the car radio or the alarm. But, other causes can be at the root of the problem.

Following these numerous checks and if it is not a leakage current, the investigation must continue with new indices. 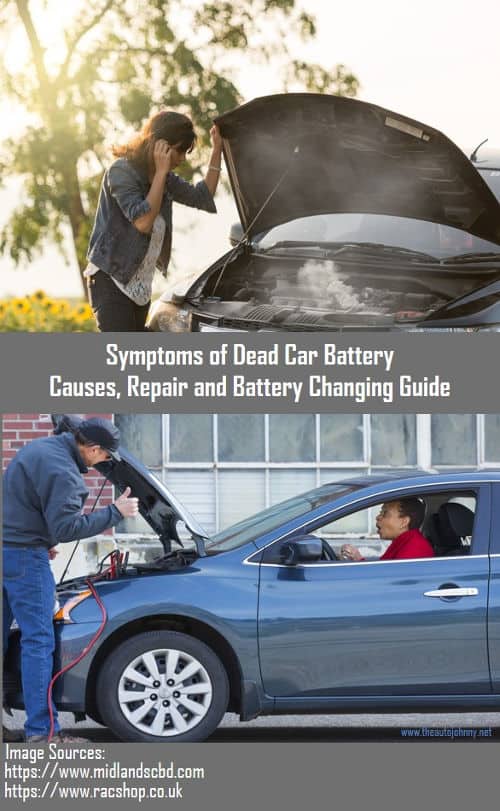 If this is the first time that your battery shows weakness at startup, do not condemn it too quickly anyway. It can be a small “empty passage” due to a temperature below – 10 degrees Celsius or to lights that have remained lit, or to an insufficient recharge if, for example, you have made a very small trip (less than 20 minutes) the last time you used your vehicle.

If it’s summer, you come back from a three-hour trip, and all the lights are off, and there is no leakage current, then your battery may well be at the end of life. If you bought it five years ago, the probability that it will increase dangerously!

Anyway, to avoid doubts, you can always test your battery and check its voltage.

What to Do When His Car Battery Is Discharged?

Who did not find his battery flat after having forgotten to turn off his headlights one evening? This small damage can be easily corrected. There are several ways to recharge your car battery.

After testing the battery and the various components, you have noted that the death of your battery was close.

Fortunately, I am here to help you. Here is the ranking of the best car batteries on the market!

Don’t want to invest in a new battery? Want to repair the existing one? Keep reading

How to Change the Battery of Your Car?

It is not recommended to change the battery of your car by yourself on modern vehicles. They embark on advanced technology that you could disrupt by disconnecting the battery.

On older vehicles, this is a simple and accessible procedure for even the most unsuspecting of us. After purchasing a battery with the same characteristics as the one to be replaced, follow the steps below:

3 Warning Signs of a Faulty Battery

Today cars are more and greedier with the immobilizer, start/stop system, touch screen dashboards, etc. All run with the power of the battery. So No battery, no car! It is recommended to check your battery regular interval. I give you three warning signs of a battery at the end of life:

1# the car is struggling to start

You had to turn the key several times for the engine, or you did not start at all? You should know that all the faulty batteries cause one-day difficulties to start, but all the problems of starting do not necessarily come from the battery. It can also come from the starter, the alternator.

You can check the voltage of a battery using a Multimeter. I’ll do a tutorial soon to know how to use a multimeter. The standard voltage of a car battery is between 12.5 volts and 12.8 volts. Below 11 volts the battery is out of order, so it must change – see my article “How to choose a car battery?  Above 13 volts, your battery is overcharged, and the problem inevitably comes from the charging circuit.

3# The oxidation of the pods

When the battery runs and delivers energy, inside, the electrical current goes from negative to positive plates through the circuit and back to the battery liquid. The chemical reaction causes the deposition of lead sulfate on the surface of the two electrodes. During this reaction, the sulfuric acid is fixed in the plates and water is formed. The battery is discharged when the active material of the two sets of dishes has been completely transformed into lead sulfate.
The pods are said to be oxidized when the blue/green foam is seen around the electrodes. It is the accumulation of lead sulfate on the electrodes, and this decreases the intensity of the current. While waiting to replace the battery, you can clean the pods. To do this, you can rub the seeds with a wire brush and put some fat to slow down the sulphation process.

And you, have you ever encountered one or more of these symptoms?

Some Practical Symptoms of a Dead Car Battery

Causes of the Dead Car Battery

The causes of the dead car battery can be numerous, and only appropriate tests can reveal the problem. There are many situations that contribute to this situation. For example, if you forget to turn off your headlights when you have parked your car, you will find that the battery is exhausted when you return. Other causes may be:

How to Restore a Dead Car Battery? 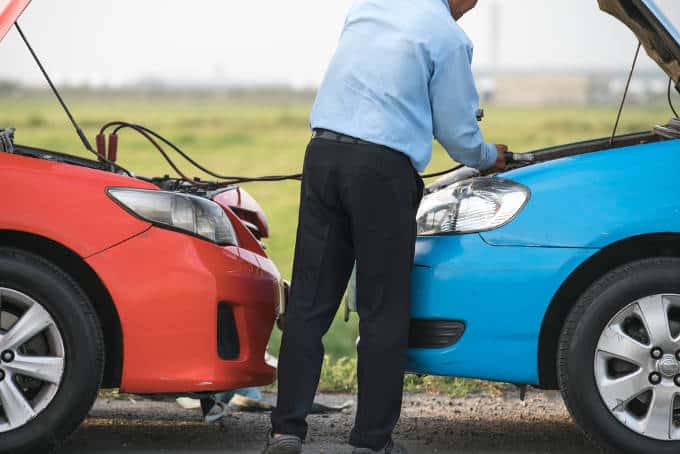 Before knowing how to recover a dead car battery, it’s important to know about the car battery itself. You see cars use various types of batteries.

Although the vehicle battery types depend a lot on the vehicle, nowadays the same types of cars are seen to use the same batteries.

So far, we have managed to list up 4 major types of batteries. Now let’s take a look at each of those-

Now that we know all these batteries, we can explore the unknown world of how to repair a dead car battery.

So, how do you revive a dead car battery? From now on we will focus on answering that question only.

But before starting we would like to clear things out. We will provide you battery reviving methods for each battery type. Now, let’s get going-

Starting, Lighting and Ignition battery is the most common automobile battery out there. And this is a lead-acid battery. So, we will start out with this one. Restoring a lead-acid battery requires 7 steps. Here we will discuss all those steps in brief-

After this, you’ll have your battery good as new. And that is how to renew dead car battery cells

Lithium-ion batteries are mainly used by fully electric or hybrid cars. These batteries literally run the car. So, it’s better to go to the professionals while restoring these batteries.

But the core idea here is to jumpstart the lithium-ion battery. For this prepare a powerful DC current source. Hook up the battery positive end with the positive end of the power source. Do the same for the negative ends.

Hopefully, the battery will be back to normal. But again, we’re saying that take the whole package to experts. Because these are more sophisticated than cellphone lithium-ion batteries.

We’re not quite sure if modern-day cars use dry batteries or not. But as people ask us how to repair dry battery, we are telling you the way.

Basically, this method is also the same as the lead-acid one. But here you have to use pure lemon juice instead of water. Open the lids and caps. Insert lemon juice via a syringe. Charge it for a day. Voila! You’re done.

And that is how to recondition a car battery that won’t hold charge.

Sometimes, you may not get enough time for a full-on reconditioning. In those situations, a simple trick could save your day. So, we have gathered up 4 tricks of reviving a dead battery-

You can use jumper cables and a second battery or a battery booster for this. However, keep the engine running while doing that.

It may sound odd. But this is chemically proven. So, manage around 12 aspirin tablets. Crush those and mix with 6oz water. Insert the mixture into the cells in an equal amount.

Make a mixture of 1-part Epsom salt and 3 parts water. Add this mixture to each of the cells. Make sure that the plates are covered by a half-inch electrolyte.

The last word, If the battery is damaged, replacing it is the only option. Do not try to start a frozen battery as there is a risk of explosion. Also, if you find an acid leak, take your car immediately to the mechanic.