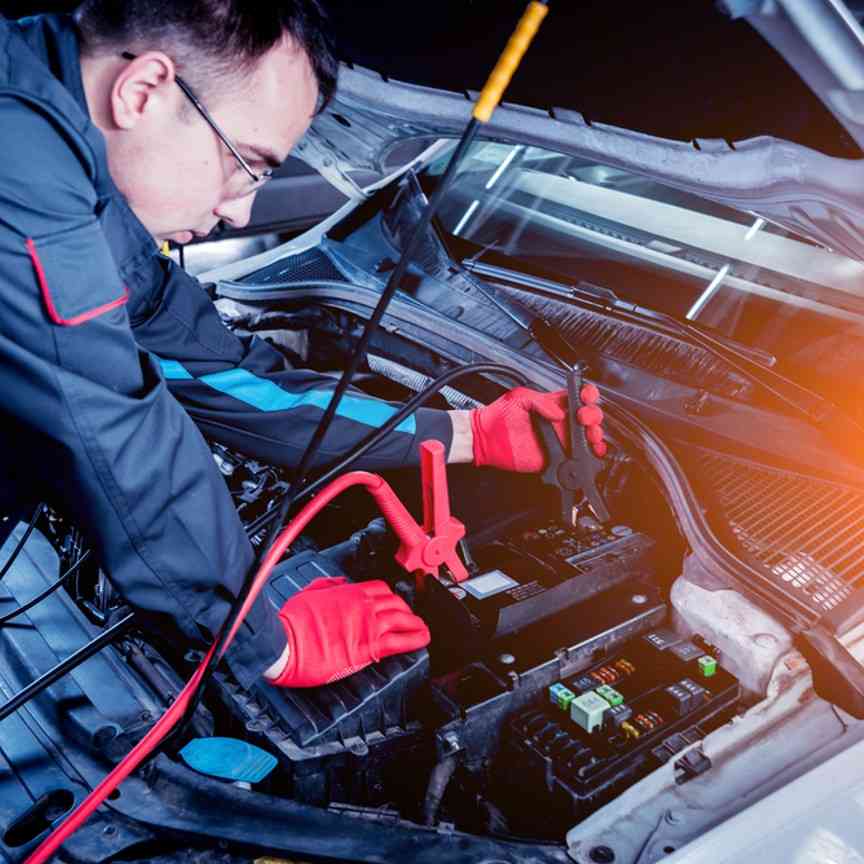 Batteries go out of charge. More specifically, batteries die. But there’s a time for everything. And when your batteries die pretty often, then there’s something wrong with your car.

Here’s the thing- In the case of a frequent battery dying, our first suspect is the alternator.

Two reasons might be behind this situation. One is, charging system failure. And the second one is, alternator not getting enough time to recharge.

Now, let’s get through the details-

Here we will learn everything about the first culprit. But at first, let’s learn what does a charging system do.

Well, a charging system is responsible for keeping your battery charged. Moreover, it supplies electrical energy to the lights and other features of the car while it’s running. In the modern charging system, you’ll find the alternator, wiring, battery, and electronic control unit.

So, when your alternator tested good but the battery keeps dying, then you’ll need a charging system troubleshooting.

By looking out for a few symptoms, you can easily determine the charging system condition. So, you might not run into a situation like – car battery not charging alternator good. Let’s take a look at these symptoms-

Now that we know about the symptoms, you can easily know if your charging system has a problem or not. After knowing that comes the 2nd stage of troubleshooting. Here you have to specify the problem. So, let’s get going with the details-

This is the first thing that you should look into if the symptoms match your condition.

So, when did you change your belt the last time? Are you using the same belt since you bought the car?

If the answer’s yes to both of your questions, then you should probably check that belt.

If there’s anything wrong with the belt, replace it. However, you don’t need to go through the whole process of belt testing. Just look at your user manual. See how long the belt can be used according to the manufacturer.

Although the norm is to change the belt tensioner with the drive belt, still we’re specifying things out.

If your drive belt is in perfect condition, then it’s time to move on to the next chapter. It’s named the battery connection.

Sometimes all it takes is just a few loose connections to paralyze your car.

So, check if all the connections are clean and tight. In short, see if the terminals and the cables are in perfect condition. Corrosion and damage in these parts can hamper the electric flow.

Sometimes a leak in the battery ruins the charging system. If your battery has no fluid, then obviously it can’t hold a charge. So, take a look at the battery itself. If you’re not sure about what to look and how to look, then take the battery to the auto part store.

Sometimes, people ask, why do car batteries die when not used?

So, what is a parasitic drain? A parasitic drain is basically an electricity drain without you knowing. So, your battery charge slowly gets drained even when your ignition is off. Ultimately your car battery keeps dying after a few days.

To see if this is the problem, you can try out a small test. All you’ll need is a test light for this test.

Now, let’s go through the process-

If the light starts glowing, then you have a parasitic drain in your charging system.

To pinpoint the parasite, use a multimeter (Our Choice: Crenova Auto-Ranging Digital Multimeter). If you don’t know how to use a multimeter, then watch the attached video.

If your battery is free of drainers, then it’s time to double-check those connections. This time look in the places, where you haven’t before.

Go through all those connections and see if those are clean and strong.

Defective starter motors are infamous for draining excessive power from the battery. So, test that starter motor. However, it’s possible that you don’t know how to test the starter motor. For that, you can always watch videos or go to experts.

Reality sometimes gifts us unique problems. That is the case here. Some situations don’t quite fall into our primary situation category. Two of the common battery charge related car issues are:

At this point, we will provide you troubleshooting methods of these two issues. So, let’s get going-

A lot of people change the alternator in response to the first battery related issue. However, sometimes the problem remains even after replacing the alternator. In this situation people ask, is my alternator killing my battery?

If this applies in your case, then don’t worry. We have a few explanations.

Here’s the thing. The previous bad alternator somehow damaged your vehicle battery. And now the battery is underperforming. As a result, you might see the battery light turning on every now and then.

However, it’s also possible that the charging system fusible link or alternator fuse has something going wrong. Moreover, a diode failure can also lead to this. If only 1-2 diodes go out of order, the alternator will keep the vehicle running. But won’t be able to fully charge the battery.

To solve this, at first check the fusible link. If there’s no problem in there, replace the battery itself.

This happens due to a series of events. But the core reason is that your battery was too dead in the first place. So, when you connect those jumper cables, the alternator falls in a dilemma. It has to supply enough power to the RPMs and to charge the battery.

But there’s not enough power. Due to the lack of power, systems start dying. And as the ignition system requires a lot of power, it dies almost instantly.

As a result, the moment you disconnect the jumper cables, your car dies.

To resolve this, remove the battery altogether. Recharge it fully. And then connect it to the car system.

Take Care of the Charging System The charging system literally runs the vehicle. And a regular charging system check-ups can reveal many more problems. For example, due to the check-up, you find out that piping in some parts is broken.

Ultimately, a check-up in time can save you from getting stuck in the middle of nowhere.

And always give the alternator enough time to fully recharge.

Just keep in mind that even a small light blinking can be a symptom of charging system failure. So, let’s look at the check-up summary once again. Do a quick check by going through these-

If there’s any problem building up, then you’ll find it among these hopefully.

This problem is pretty risky. Imagine your charging system failing in the middle of the highway. You could lead to a potential accident series.

However, don’t forget to put on safety measures while doing the troubleshooting. We want you to be safe at all costs.

And most importantly, don’t try out anything if you’re not sure. Look for video instructions if you’re unclear about anything. If you still confused, then take the vehicle to a mechanic.