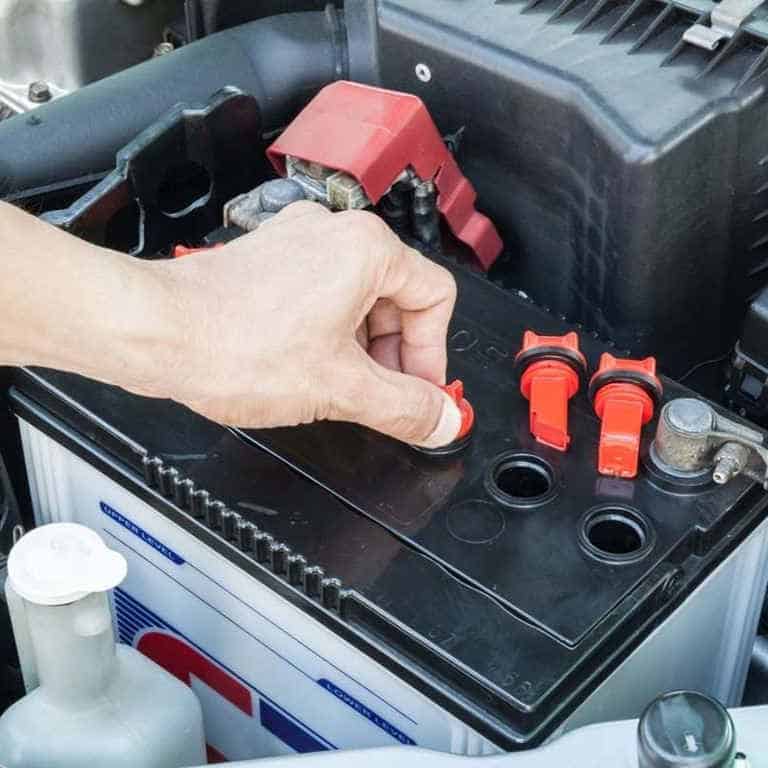 For most of us, the car is our day to day commuting associate. But even for the regular car users, there come times when they have to leave the car right in the garage or parking for days, weeks, and even months.

In those particular instances, you need to consider a few facts before leaving the car unused for a long span of time. And one of the major concerns among them is- how long a car battery sits unused before potential damage takes place to it?

In this post today, we’ve decided to break this topic into bite-size chunks and answer the questions that you’re looking around for.

Got a minute to check out? Let’s start-

The Role of Temperature in a Battery’s Lifespan

It’s physics 101 that the preservation of a battery charge is largely related to the temperature at which it’s being stored at. For instance, if it’s stored in sub-zero temperature, the rate of discharge will be way higher than what it will be in ambient, room temperature.

Now, why does a cold temperature negatively affects the battery’s lifespan while the normal temperature doesn’t? Well, the answer lies in the density of the electrolyte of the battery.

The electrolyte inside any battery is usually in a liquid condition. If you keep falling the temperature down, the density of the electrolyte will be reduced as well. As a consequence, there will be a crystallization of the liquid, which eventually damages the plates of the battery.

After a certain level of such damage, the battery practically loses its capacity to provide DC power to the car engine system.

What Happens If you Store the Battery in an Optimum?

Temperature, as you know, plays a big role when it comes to the lifespan of a battery. As long as it’s at an optimum temperature, the charge in a car battery will be still in a good condition for a significant number of days.

In ambient conditions, a car battery loses about 10 mAh (milliampere-hours) of charge in an hour. On that note, you can easily calculate the amount of hours that your battery will keep breathing for.

How long can a car battery sit unused?- The Calculation

What is the Minimum A/h of Working?

In a battery, there is always a certain amount of charge stored. And the unit of that charge is usually expressed as A/h(Ampere per hour).

Say, at any given condition, a car battery is fully charged, and it sports a charge of 50 A/h. Now, there is a lower limit of this charge value under which a car battery can provide the required power that it’s supposed to do. And that limit is called the minimum A/h of working.

So, how do we calculate this minimum charge for working?

The rule of thumb is simple. You have to divide the maximum charge by 3.3, and that will give you the value of the minimum charge for working.

As an example, let’s once again assume that the maximum charge that a random car battery can come up to be 50 A/h. If we divide it by 3.3, then we get-

So, when the battery charge reaches a minimum value of 16 A/h, it will no longer be able to serve the car as a battery source.

Now, it’s the main segment that we were up to. What we mean is, we will now calculate the difference between a full charge battery’s charge and it’s minimum working charge. At the next step, we will calculate how long it will take to travel from the maximum condition to the minimum one.

Keep in mind that, when the car battery will reach the minimum charge value, it will practically be dead. Before using it as a power source, you need to charge the battery over again.

However, here goes the steps of this calculation-

At first, learn the maximum value of the fully charged car battery. If it’s not in a fully charged condition, measure the current charge of the battery. The unit will be of course, in A/h.

Let’s go back to our previous example for instance. And let’s consider the current charge of the car battery is 50 A/h.

At this stage, you need to find the minimum working charge of the battery. As we’ve talked about in the section before, it should be divided value if you divide the maximum charge by 3.3.

So, the minimum working charge of our battery is 34 A/h. Once it reaches that value, it will be dead and demand a recharge.

Now, we have to subtract the current charge, and the minimum working charge and divide it by .01 A/h. The value that we would receive will be the answer to our query.

So, the verdict is, the battery will last for approximately 141 days before it goes out of order and ask for a recharge over again.

Now, there is an exception to this calculation of hours that we have just got done with. This particular calculation had been done considering that the battery is not connected to the onboard network of the car.

In case it is connected to the onboard network of the car, the situation will be quite different.

As an example, if the same battery that we’ve stated below is connected to the onboard network of the car and kept idle for a long time, it will lose its lifetime by 50%. So, life will be about 70.5 days instead of 141 days.

Now, you might need to keep the car battery connected to the system because of the alarm systems and all. If done so, set your expectation levels as per the calculation.

How Will You Understand If the Battery is Dead?

Suppose your car battery had passed the maximum hours of its life while sitting idle. So, how would you understand the situation? Do you need to open up the car board and check out the battery directly?

No, there are a number of ways through which you can understand if the cat battery is dead or at least, about to die.

So far, we have gone through the detailed way of calculating how long can a car battery sit unused. The approximate result might vary based on the environment that the car is kept. Also, the season during which the car is sat unused has a role to play in its lifetime.

Having said that, you are highly advised to check out the health of your battery before you leave it for a long period of idle time. Otherwise, it might affect the other parts of the car’s system that’s connected to the car.

Finally, it’s highly beneficial and cost-effective if you make sure to use branded and high-quality car batteries.